Contact us for more information on injection moulding & how it can be useful for your projects.

Hyqual Australia has plastic injection moulding facilities with 5 moulding machines (ranging from 110-260 ton). Four of these machines have robotic capabilities. We can both mould and vacuum metallise your product in the one factory. We can also help you design and have moulds built to your specifications and deliver the finished product to you Australia-wide.

OUR STRENGTH IS IN OUR PRODUCTS & OUR RAW MATERIALS!

We use only the best of A.B.S. resins to injection mould our products. In our load bearing product range we only use virgin A.B.S. resin.

This means that the material has not been stressed, contaminated or has lost any of its natural strength. 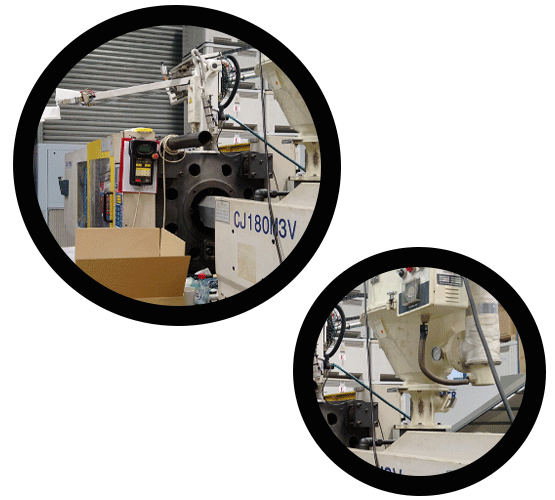 Under Hyqual Australia’s policy, we do not run regrind in our load bearing products. After A.B.S. virgin material has been moulded several times its molecular structure will slowly break down, degrading it and causing embrittlement.

Our product line is always under surveillance, with strength testing and quality control procedures set into our production line.

WHAT IS INJECTION MOULDING?

Injection moulding is the injection of hot molten plastic into a cavity, where it is cooled and turned into a solid product.

The process of Injection Moulding:

Injection moulding is simply granular plastic gravity fed from a holding tank, called a hopper, into a heated barrel. The granules are turned into a molten form and pushed through a nozzle, which rests against the mould.

Once cooled, the mould automatically opens and the moulded product is ejected, either onto a conveyor belt or is picked up by the robotic arm and placed into holding bins.

Many of the items we use in our day to day living are injection moulded, including:

Injection moulding has proven to be the most cost effective way to manufacture parts. Producing large quantities of product in a very short time frame. When set up correctly, it has a very low reject rate. 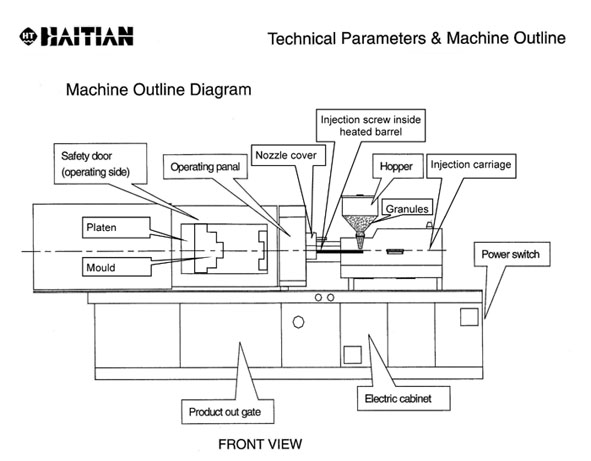 WORK FOR US: View our range of current employment opportunities here. Dismiss